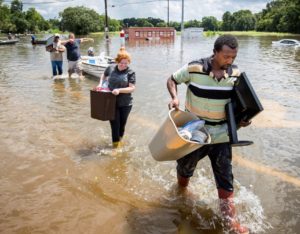 The Gulf Coast and particularly South Louisiana have faced unprecedented consequences of climate change, weather extremes, and technological disaster – through hurricanes, un-named storms, storm surge, erosion/land loss, flooding, and oil spills – over recent decades. Coastal Louisianians and those living along the Mississippi River from Baton Rouge southward have been forced to prepare, to develop novel survival strategies, and to learn how to become more resilient communities, in order to thrive in the face of such monumental adversity.